For the past couple of weeks, I’ve been living in a perpetual state of fear. This fear stems from fantasies (usually awful ones) where I visualise confrontational situations where people would tell me what they think of me, a kind of expressed, outward rejection of who I am. And it hurts. Enough to paralyse me so that even the slightest thing I do is calculated a few times over before I do it, cause I need to know if it’s gonna piss someone off or not. It kicked off when I got too much work to do in my job, and I didn’t know how to tell my boss or co-workers, that I couldn’t do it all.

The Art of Tip-Toeing

This tip-toeing I started has me exhausted and it’s such an insult to myself, really. Because in these confrontations, I don’t stick up for myself. All I’m focused is on the horrific impact it would have on me and then I’m actually feeling those feelings, like it’s already happening which then spins me off down another path. This eggshell situation cannot possibly last, because it takes so much of my energy and focus to keep it running. And the fact is that this terrifying feeling comes from a fight I had with a particular domineering (even controlling) friend of mine some years back, when I tried to cancel going on a booze holiday with her. Boy, she did not take that well and I was afraid of her, really afraid of her. To the point where I was avoiding her calls and texts and it turned into a huge shake-down between us. I know what I did must have had a bad impact on her too, for she didn’t not know what was going on, if the holiday was really gonna happen etc. But with regards to myself, I wanted to stay safe in not going because it meant going into the unknown, taking a chance/risk that I felt I wasn’t ready for. Looking back now, it turned out to be a really good holiday, but at the time I was trying to escape it because of what it represented to me.

I’ve had a variety of traumatic confrontations in my life (some of them even a little physical), but the delusion of an all-out-fight is within me, not within the others around me and somehow I feel reduced to a little girl if the possibility is on the horizon, or I’m visualising it. A little girl because I feel insignificant, smaller than everyone else, because I find some people to be quite dominating and pushy (my perception, based on my own biases I’m sure). Once they see I’m not like that at all, it’s a case of moving past me or overlooking me onto something else, my wishes or opinion something to be forgotten or not taken seriously. Those experiences have lowered my self-esteem to the point where I’m picking it up from the floor, and they happen mostly in the workplace these days, but used to happen a lot in my family home for years as a child and adolescent. I was used to being disrespected and overlooked and no matter how I much I lashed out, it never made a difference. Nevertheless, I continued to rail against the dysfunction that went on until I retreated into my bedroom and cried. Christ, I don’t know how many times that happened.

What I’ve gathered so far on this journey, is that I’m insulting myself in my tiptoeing and my fantasies. I disrespect my own true feelings when I do it, like an inner betrayal, and hold in what it is that needs words to be formed in my mind, and spoken so it’s heard and acknowledged. Because for all the activity that goes on in my mind, I don’t say it, or express it in any kind of way which makes me think that if people truly knew what was going on, they’d be shocked. It’s the introverts or shy person’s quiet torture – to be seen but never heard, to think so much, to have so much to share, and never expressed.

And what it ultimately comes down to is the fear of rejection, criticism or disagreement. To show yourself for who you truly are, and to be confident enough in yourself to know that even if someone (no matter who) doesn’t get you, it doesn’t matter, you are still valuable. You are still worthy, just as much as them. This is a discipline I’ve identified that I need to develop, an acceptance for my own vulnerability and humanity (can’t write this part without referencing Dr. Brene Brown, who has done excellent work/research in this area).

Even now as I write this, there are particular people who I know in my life asking me how long this entry is – ‘how many words?’ – they ask, and prod for a title. The questions are gauging the worth of the article by quantity and not by what I’ve expressed within it. And I get angry at them for asking before I remind myself that it’s just in my head. My mind, while a powerful tool with super-computer abilities, can also be my biggest enemy.

It’s my enemy at times because it says things like, ‘Don’t do that! If you do, the person will react like xyz’, or, ‘You’re not good enough to say that, none will take you seriously anyway, let’s avoid the pain of that outcome’ or the classic, ‘You’re not as good as this person at this, and it’s obvious to everyone’.

Eventually, I’ve found that my anxiety leads me to depression, to a lack of enthusiasm or motivation. And I’ve led myself to this black-rose garden, none else. My brain is firing away continuously on old and well worn neural pathways (based on bad experiences) to the point where my brain is overheating and out-of-control.

I’m talking about a condition here that reduced me to antidepressants earlier in the year, and while I’ve come off those since then (a victory I felt at the time), I still struggle. 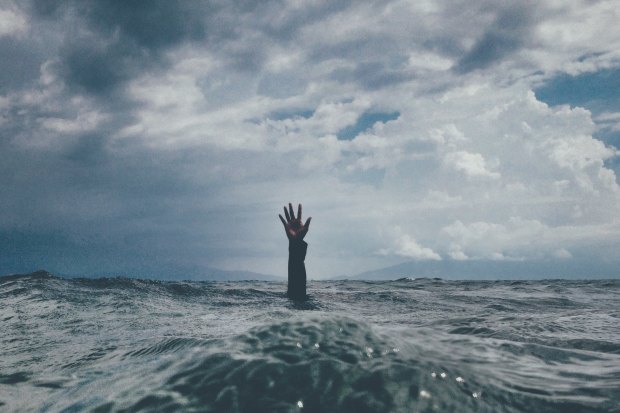 The struggle is the belief that I’m not enough, in a work team, as a writer, as a friend. Everyone else around me has something special in them that makes them more valuable than me, and even as I write, a part of me is thinking – what crock of shit!!! The truth is that I exist in this perpetual state of fear because I listen and give credit to the part of me that is convinced that I am lower than everyone else, therefore I should behave like their doormat, and let them tell me what to do so I don’t anger them. Because to anger them would be death to me. The people in my life need to like me so I feel worthy, if they don’t, I’m crushed. Bitterly. Utterly. Crushed. I need their approval so I’m ok within myself, and so I know I’m doing the right thing with my life. If I’m getting bad signals, it means I’m doing the wrong thing and therefore, I’m not worthy. It’s like I’m trying to convince myself and everyone else around me that I’m worthy in a fraudulent kind of way. I’ve become a con artist in continuously focusing my energy to convince of people of something I already am. Mind boggling isn’t it?

If there’s anything I’ve learned about myself the past few years, it’s that nothing, and I mean nothing lasts, not even this life. And finding some way of expressing these feelings and tormented processes that I’m currently stuck in, has helped to release the pressure valve that has built up within me to the point of a near breakdown crescendo, at times. Even writing this blog post has helped me in some way to respect this part of my journey, and not reject it because of how much it reveals to me, how much of myself that I’m not comfortable with. I’m taking back the power my anxiety has sapped me of, by introspecting through writing and sharing it with the public.

Sitting with it helps too, as I find rejecting my issues around this to be unhelpful, and mindfulness is a good tool for this, alongside acceptance. If rejecting myself has been the reason for all this tip-toeing crap, then rejecting the tip toeing doesn’t help either, I need to accept it before I can do anything about it.